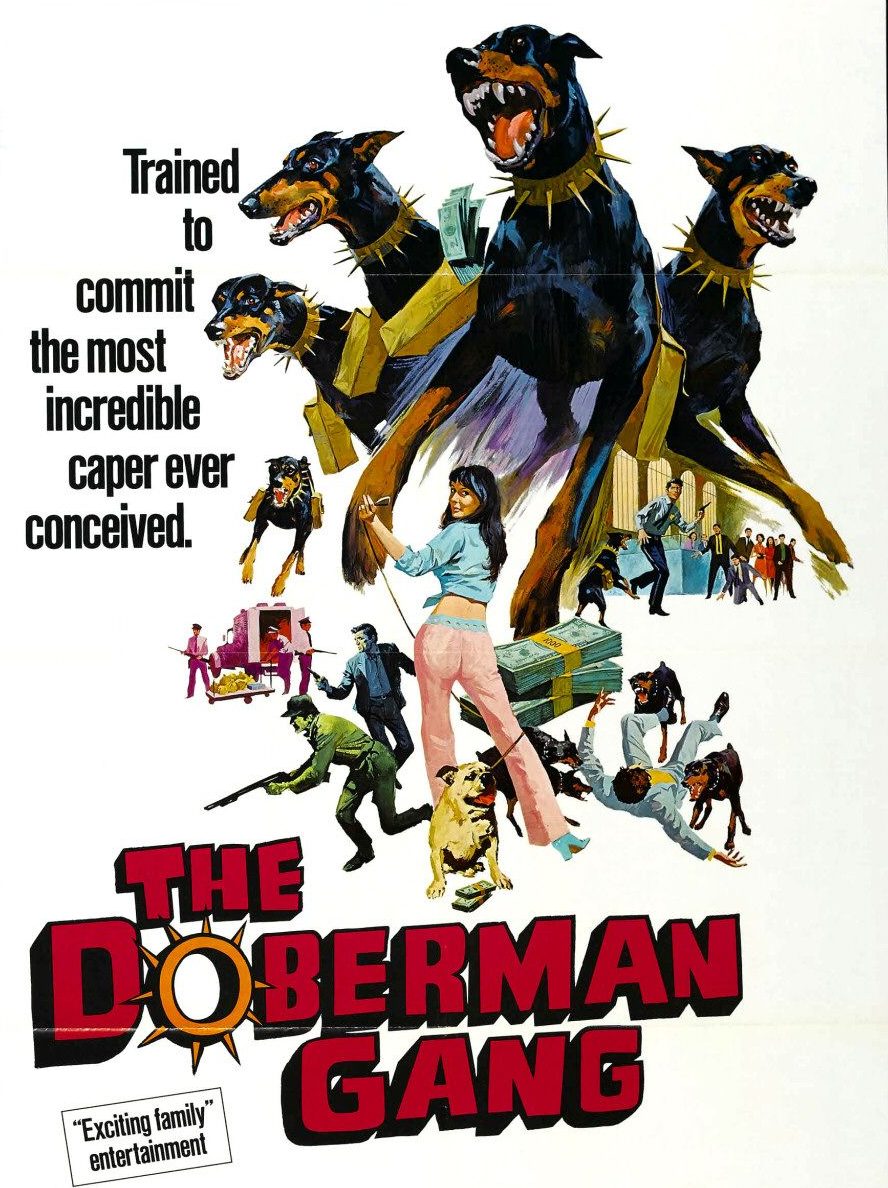 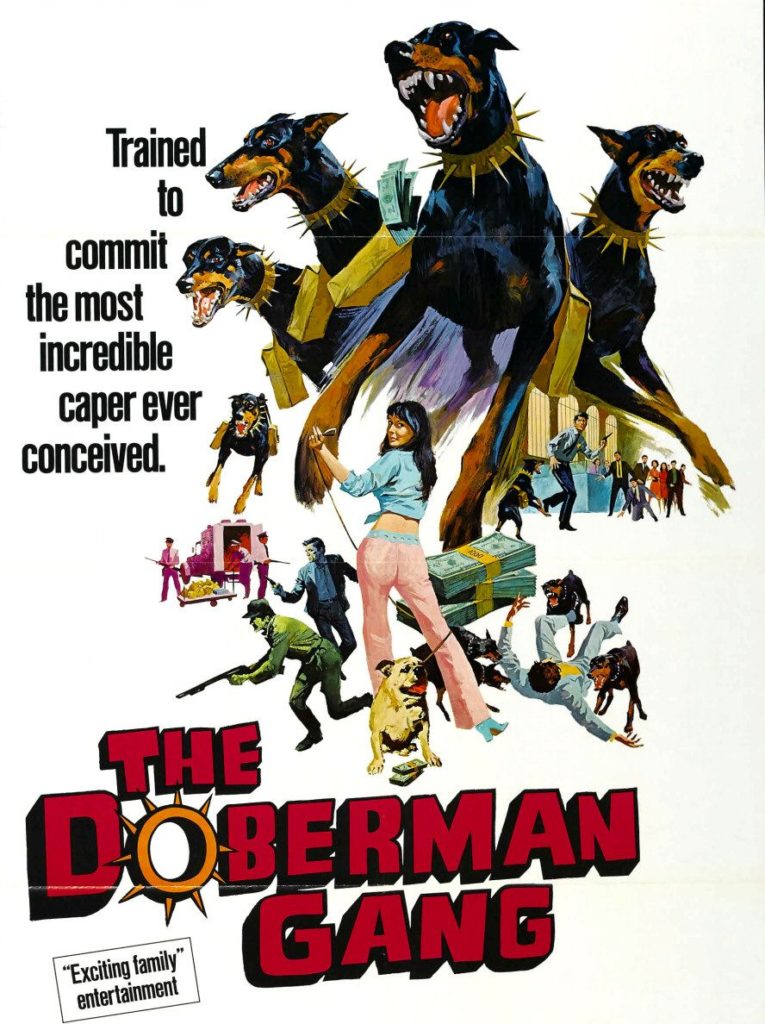 Did you know they made a movie about Dobermans robbing a bank?!

Not only did they make it, but it has 3 sequels, believe it or not.

The Doberman Gang is a movie from 1972 about an ex-con, waitress, and a few of their friends who train a pack of Dobermans to rob banks.  And no, the Doberman Gang is not based on a true story. But Dobermans are a smart breed and very trainable that it makes the movie almost believable.

You can watch the Doberman Gang trailer here.

Rotten Tomatoes‘ shows an audience review score of 60%. If you love Dobermans or fun b-movies from the seventies, I would add The Doberman Gang movie to your collection.

Lastly, here’s some movie trivia for you. This movie received the first “No Animals Were Harmed” credit ever issued to a movie by the American Humane Society.

is sometimes hard to find, but it turns up once in a while on eBay or Amazon. You can click on the image below to see if it’s currently available for sale. You can also try to find the full movie online.

I think a new Doberman Gang movie would make a fun remake. Would you like to see a new Hollywood remake?

Wondering about other movies with Dobermans?

7 thoughts on “The Doberman Gang Movie”