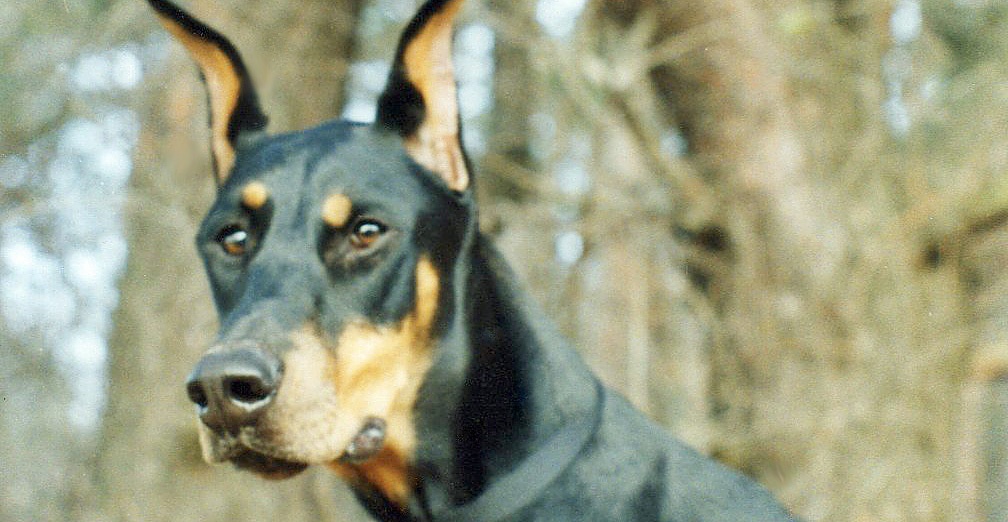 Why do we crop Doberman ears?

Doberman ear cropping is a surgical procedure (otoplasty), that shapes Doberman’s ears to have them stand erect. It is customary to identify the Doberman dog with having cropped ears. The crop contributes to the breeds’ identity, iconic look, and working duties. A Doberman with natural ears takes on a much different appearance but is preferred by people who object to this cosmetic surgical practice.

Historically, cropping Doberman’s ears was done for functional or practical reasons. As a working dog, having the ears cropped to stand upright allowed for increased sound localization. This is an important feature for a successful personal protector or watchdog guarding property. It was also performed to decrease the risk of ear infections. Nowadays ear cropping is usually performed to comply with show standards or for purely aesthetic reasons. Other breeds that have cropped ears include Boxers, Boston Terriers and Great Danes.

What age to crop Doberman ears?

The Doberman ear cropping age is usually done at 7-9 weeks of the birth. It is not recommended that the ears be cropped after 9 weeks as the ears cartilage has formed to a flat shape. The procedure should be completed by a vet with experience in ear cropping to ensure a proper, good looking, standing ear. This procedure is both a science and an art. After the surgical procedure, aftercare of the ears and dog ear taping is essential and will take a few months. For the long crop, it may take almost a year of care.  A commitment from the owner to proper ear care is vital.

Below you can see 3 different Doberman ear styles, a short Doberman (military) crop, the longer Doberman standard show crop, and a Doberman with natural ears. You may also find Dobermans with a medium ear crop. The shape or length of the ear crop style can vary with the dogs’ purpose or job duties. 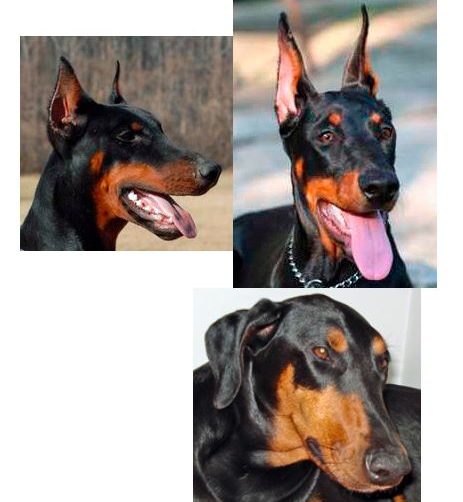 There is some controversy regarding ear cropping and it is outlawed in some countries. Where it is allowed by law, fewer veterinarians now offer this procedure and it’s not taught in many vet schools. Again if you choose to crop, it’s essential that the vet have experience in ear cropping as this procedure involves more shaping skill than technical surgical skill. Doberman breeders should be able to give you cropping vet recommendations. You’ll want to see previous dog patients as adult dogs, to assess how well their ears developed. But remember the crop success will depend on both the vets’ skill and the owners’ aftercare.

The surgery is done under anesthesia and takes about thirty minutes. The ears are trimmed and then a rack, post, or cup and tape hold the ears in place. The ears will usually stand upright after taping for about 5-6 months. The timing will vary, with some Dobermans needing up to one year until the ears will stand on their own. This is more common with the longer ear crop. It is the lengthy healing period which is more uncomfortable to the Doberman than the surgery itself. Again proper after-care is essential to prevent infection and allow for a successful standing ear crop.  New owners should be aware of this big commitment to proper after-care.

For more information on Doberman pinscher ears check out the ear taping post.

Have you had your Doberman pup’s ears cropped? Were you happy with the results? How difficult was the aftercare for you? Would you have the procedure done again on your Doberman?

For more of the pros and cons of Doberman ear cropping.