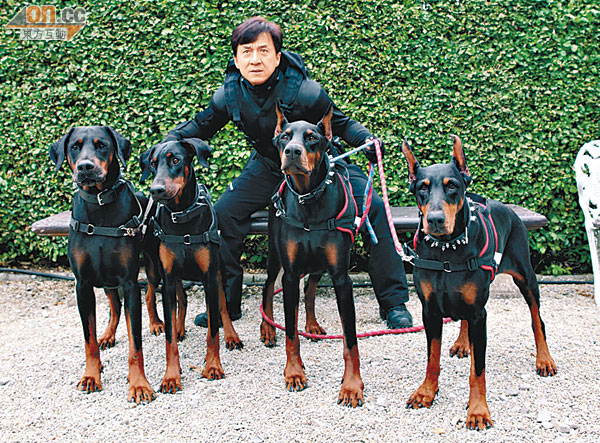 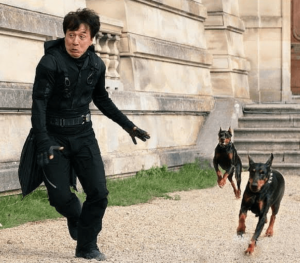 Dobermans in the Movies

Dobermans have been featured in lots of movies and tv shows. And some of these movies are really fun to watch whether you’re a Doberman fan or not.

Unfortunately, the Doberman Pinscher breed is still usually portrayed as the guard dog with an attitude.  We know they can do this job well. But people also need to see their other side, the intelligent, goofy, and fun dog that we know they are.

Here are some movies with our favorite breed. Did we miss your favorite Doberman celebrity? Rodney the Doberman from the 1946 movie “It Shouldn’t Happen To A Dog”.  This might be the first Doberman movie star.

Moonraker, the 1979 James Bond movie has two Dobermans.  Although, in the chase scene, the dogs look more like the Beauceron breed. Tripoli from the movie, Eyes of an Angel with John Travolta (1991) A bounty hunter lives in a van and fights crime with his Doberman partner, Munch in the 1990 movie, Street Hunter. 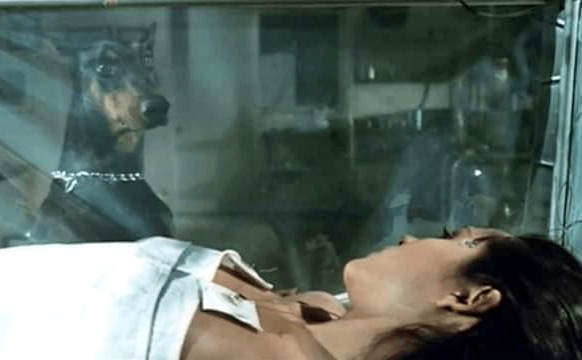 This is a short 12-minute (2002) film about a mentally unstable man with a talking Doberman who likes snotty hankies. Probably the strangest movie on this list but it’s worth watching. The Dobermans from Jackie Chan’s movie, Chinese Zodiac (2012).  Watch a pack of Dobermans chase Jackie in a maze.  Jackie enjoyed working with the dogs but he did get bitten. You can see the out-takes at the end.

The hounds from the Simpsons. These are Mr. Burns guard dogs. He has 5-20 dogs and one is named Crippler.

The Boys From Brazil is a 1978 movie. Actor John Dehner is a Doberman breeder. And some movie trivia for you, the dog commands for the Dobermans are all filming terms: “Cut” means “stop”, “Action” means “attack”, and “Print” means “kill”.

See No Evil, Hear No Evil (1989) a comedy movie with Richard Pryor and Gene Wilder.

37 thoughts on “Have You Seen These Famous Dobermans?”