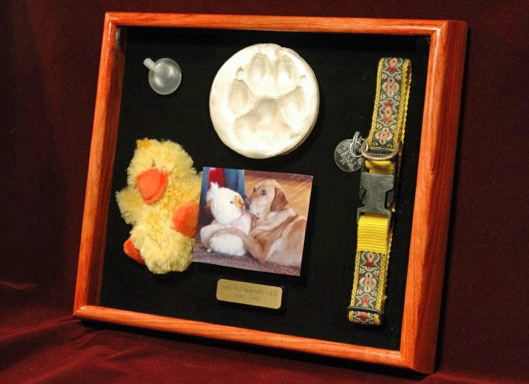 What To Do When Your Dog Dies

Yesterday I put down my 11-year-old Doberman. Her legs were failing her so badly that she could no longer walk without falling down.

I feel awful, but I know it was the right thing to do. And, as time goes by, I know my heartache will hurt less and less. Time heals wounds they say. But now that she’s gone, every time I see something that reminds me of her, my eyes well up with tears. I haven’t felt this sad in a long time.

I’m now undecided if I should throw out her favorite toys, and any reminders of her. I knew I didn’t want her cremation remains since it’s not comforting to me to have them in my home. I want my dog back alive, not her dead body’s ashes.  But I am thinking that maybe I should make a shadow box display, like the one above. Right after the death of a pet it might just be a painful reminder of my friend. But with time, I think it will be a nice way to honor the memory of my friend.

How To Cope With The Death

People process grief differently. What helps one person might not help another. There is no right or wrong way to grieve. Here are some things that might help you heal and remember the memory of your dog.

Lastly, I want to end this post with a positive quote. 🙂 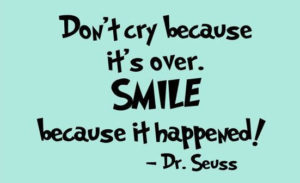 Don’t cry because it’s over.

Smile, because it happened.

How do you handle your pet’s death? Do you honor your dog in any special way?

28 thoughts on “The Day After Losing Your Dog”